There is no denying that wherever you turn at the minute, we are faced with a multitude of Disposable Vapes. The bright colours and varied, enticing flavours have taken the UK by storm in recent months – but is this new trend creating a more attractive route for smokers to begin their quitting journey? Or, is it enticing a new culture of “Tik Tok” trends and an environmental nightmare?

The answer is technically both, however any potential good the uber-compact devices could offer as a cessation tool is a little overshadowed by the various issues that have followed their sudden rise to popularity. Before we explore the impact of these devices however, we need to understand what they are.

What are Disposable Vapes?

Disposable Vapes are a completely closed system vaping device, with a pre-charged single use lithium-ion battery and a pre-filled e-liquid tank. They are designed to be single use, being disposed of once they run out of charge or e-liquid. Lifespan varies between brands slightly, however the majority last around 500-600 puffs.

The e-liquid found inside them is typically a nicotine salt of around 20mg, with some brands offering a 10mg example. Nic salt e-liquid uses a specially modified nicotine base that has a neutralised taste, allowing for a very smooth draw even at high strengths, and allows for nicotine to absorb into the body faster than the more traditional ‘freebase’ nicotine found in other e-liquids which also tends to have a harsher throat hit when vaped.

The marketing of these products is based heavily around their brightly coloured, hard-plastic shell, convenience/ease of use, and the sheer variety of fruity flavours. Suppliers are selling these products at £5-£7 per unit. This makes them very affordable as an impulse purchase while still being far less economical in the long term compared to vaping devices designed for longevity.

What are the Potential Dangers of Disposable Vapes?

While the design, flavour and convenience are certainly positives to the little devices, they are undoubtedly a double-edged sword. From being a regulatory car-crash to posing an environmental disaster, and even threatening a youth vaping crisis; disposable vapes come with their fair share of dangers.

Recently there has been growing evidence of illicit and inappropriately branded vape products being sold on the UK market. Due to the majority of these products being imported from China, the responsibility of ensuring products meet the strict obligations of the Tobacco Products Directive falls to the importer – many of which seem to be ignoring what the regulations stipulate.

Either to cash-in on the lucrative disposable vaping market or out of sheer ignorance, the entire UK supply chain from importers to local retailers has become plagued with illegal vaping devices. These examples do not carry the legally required warnings and symbols on their packaging necessary to ensure public safety, and some examples have an internal e-liquid capacity greater than the legal 2ml limit. In addition, these examples also have a nicotine strength of around 50mg, far greater than the legal limit of 20mg

A recent Project Report published by SCOTTS Product Safety and TARP groups (2022) has revealed some shocking insights into the current state of the disposable vape market. 21 local authorities across Scotland supplied their findings over a 10-week period. In total they visited 721 premises where an eye watering 88,839 disposable vape devices were removed from sale and a further 3683 devices were seized. The report names some examples of the seized disposable vape devices and the reasons they were seized, including insufficient labelling information, lack of publication on the MHRA website and a tank capacity over the legal limit of 2ml.

Many Disposables Vape brands have seemingly ignored the regulatory requirements and continued to market products that contain over the legal limit of 2ml within tanks, nicotine concentrations of the legal limit of 20mg/ml and the necessity of ensuring all products are published on the MHRA website prior to being sold.

Possibly one of the most popular brands of Disposable Vapes “Geek Bar” have taken the market by storm, however there “Geek Bar Pro” product contains 4.5ml of nicotine, a clear breach of TPD regulations. The staggering demand for these products has been seen to have played a role in these devices falling through the cracks – poorly informed local retailers have reportedly been sold illicit stock by opportunistic van salesman capitalising on the fact these store owners know a “Geek Bar”, or “Elf Bar” is a popular item. The problem is wider-reaching as a whole though with trading standards agents seizing stock up and down the country since late 2021.

Within the UK, those under the age of 18 are not permitted to smoke or vape but regardless it seems that the new “Disposable Vape Culture” is all the rage with younger demographics. It has been reported that Disposable Vapes are becoming an unfortunately popular sight within school premises, with social media providing an unpoliced platform for users to strongly encourage their use.

Social Media accounts have been reported to be selling these products in “discrete” packaging, disguising them as sweets to ensure parents or guardians aren’t aware. The popular social media platform “Tik Tok” has had users as young as 12 boasting of having sampled the products, with a huge number of videos and posts being uploaded advertising and promoting them – views of these posts have been seen in excess of 46 million times.

Sheila Duffy, CEO of ASH (Scotland) stated “Whilst some people use vaping to quit smoking, there is a real risk that these products can attract young people into experimentation and addiction. The current craze with disposable, brightly coloured and flavoured e-cigarettes can be child appealing and that is unacceptable”.

Vaping was never designed for the younger generation. The majority of the industry has worked hard over the past 6 years (since regulations were imposed) to create a professional, high quality image of vape products to assist the 6.9 million adult cigarette smokers in the UK in their quitting journeys, all of which is being rapidly eroded in a short space of time by manufacturers/importers that bypass regulations and continue to sell potentially dangerous products.

The nature of the nicotine salts vaped only adds to the risks posed to younger people. Even someone with a heavy smoking habit would not necessarily absorb as much nicotine as can be delivered by one of these disposables in the time it lasts. Due to the smooth hit provided by the nic salt e-liquid the unaware, such as children, would never know just how much they were inhaling. A young person who has never even smoked one cigarette could develop a deep and damaging addiction to nicotine very quickly as a result of vaping even one disposable device.

Single-use plastics have been a major bone of contention for the past few years, with the majority of our society working towards eliminating them. Big players in retail have made effective swaps and committed to reducing their carbon footprint, so why are we not seeing the same in the vape industry?

Convenience may be the number one reason why people aren’t seemingly bothered about the impact these devices are having on our environment. The no-faff, ease of use is a tempting factor when consumers are deciding which product to choose, so tempting that it appears to drown-out the fact that once finished, these plastic products will end up in landfill or worse.

Due to the materials used to make the products, and the nicotine content thus making the product essential hazardous waste, consumers should be returning their used products to the manufacturer to ensure proper disposal, however many are simply disposing of them in household waste. A few vape stores offer the opportunity to hand-in used devices, however they are in the stark minority. As such, they do little to disrupt the tidal wave of disposable sales, with many retailers selling hundreds each day.

The lithium-ion batteries used in the devices are cheaply made, and if left exposed to the elements – such as in a public bin – they could become unstable. The entire hard plastic shells of disposable devices are entirely non-recyclable and they cannot be separated easily into more recyclable parts, let alone because of the e-liquid residue which is potentially damaging to the environment by itself if not properly disposed of.

Their size belies their potential harm, as indeed the above factors are not particularly damaging when we are talking about one little disposable, dropped by a reveller after a night out. Consider however, these factors multiplied by the hundreds of thousands and beyond being sold each month since their rise to popularity, and how drastically non-existent any form of similarly convenient disposal solutions are in place by comparison. The problem is potentially staggering when we look at the big picture.

Disposable vapes bring some unavoidable positives to the table, they have created a lucrative new revenue stream for many retailers both within and external to the vaping industry. They have also drawn a spotlight to vaping in general and, while not always garnering good press, have undoubtedly given some people out there an easily accessible path away from smoking that they may otherwise have passed over.

Objectively the devices are successful for a reason – they are uber-convenient, they do provide massive flavour variety which are reportedly highly aromatised and therefore rich, sweet and moreish by a large. The nic salt e-liquid they contain is also deeply satisfying without being harsh – a reason many don’t usually enjoy vaping but might reconsider with a disposable in-hand.

Despite this however, the prevalence of illegally imported examples and the risks they pose to consumer safety and likewise repercussions for suppliers, is only one of the reasons the craze has a long way to go before it can be considered a positive. The devices are designed in such a way that skirts with legality owing to their staggering appeal to younger audiences and they are the least environmentally friendly product to emerge from the vaping industry since it’s emergence onto the world stage over a decade ago.

With the above in mind, anyone looking to retail or simply consume disposable vapes, should do so only once they understand the risks and impact the trend is having on both people, and the environment. Understanding the regulations of the vaping industry is vital to properly engage with the category as a retailer. Even as a consumer, regulatory knowledge may help you identify, report and avoid illicit stock or potentially dangerous examples of these little devices, which continue to make a big splash across the UK. 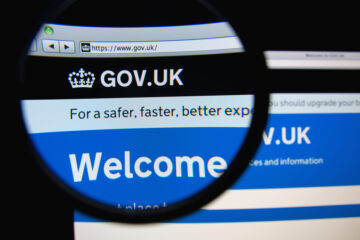 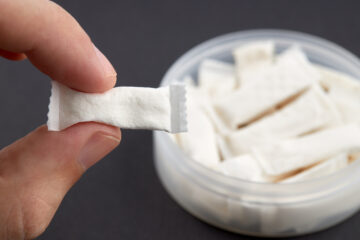 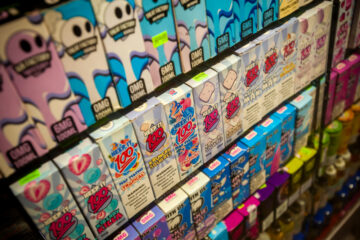